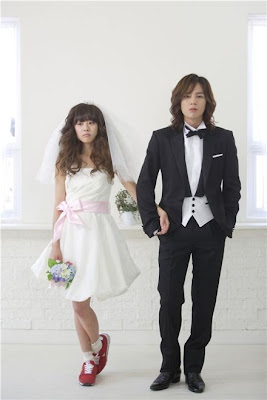 Earlier this week, Ytree unveiled a picture of Mary in her wedding attire placed between Moo-kyul and Jung-in (played by Kim Jae-wook).

"I thought Mary (Moon) looked very pretty today (laugh) and I thought I looked pretty good as well. I had so much fun on set and I hope the audience will enjoy watching the show," Jang was quoted as saying.

Based on the online comic by famed writer Won Soo-yeon, "Marry Me" is about Mary who makes realizations about love and herself while being in two fake marriages for 100 days to completely different men -- Moo-kyul and Jung-in. 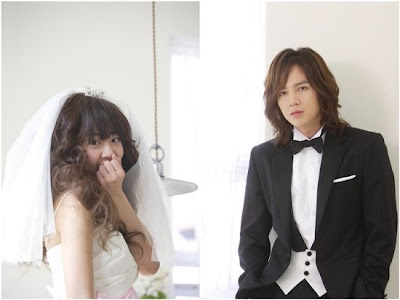 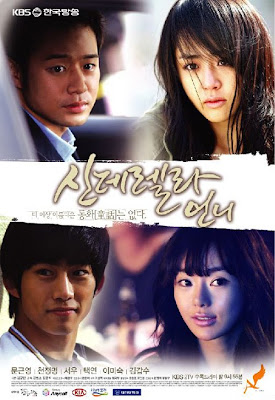 She has neither aspiration nor emotion and her smile is sarcastic. Eun-jo is a girl who has apathy toward life. Her mother, who has been living as a single mother for 18 years, finally found the right person to marry and brought Eun-jo into the stepfather’s house.
A decent house and a decent family…. Eun-jo feels that everything in this house does not fit for her. The most unbearable thing she faces is the stepsister Hyo-sun, who is the apple of her father’s eyes and beloved by everyone in the house. Hyo-sun also takes away the mind of Eun-jo’s mother, just like her bright and untainted character attracted all the other people. Eun-jo cannot tolerate this situation, since she lost the only one that she completely owned.
She sets her mind on getting even with Hyo-sun. ‘Cinderella shouldn’t be loved by her stepmother. You broke the rule! I’ll pay you back by taking away what you have and will have! But then… What should I do first?’
[source: http://world.kbs.co.kr/tv ]

Posted by myplot'blog at 5:42 AM No comments:

Han Hyo Joo: ‘I Like to Sing Mess Songs’

Actor Han Hyo Joo sang her own song passionately when she appeared on the episode of “Yu Huiyeol's Sketchbook” that will air on October 22.

Han revealed that she liked to write and compose her own songs as her hobby.

She came to a café located in Samcheongdong in Seoul on October 20 for an interview with reporters, and said, “I cannot sing very well, but I do have a hobby to compose songs and sing those songs. I usually play the guitar while singing a butchered song at home alone while immersed in my own feelings.” She continued, “There are a few songs that I wrote and composed myself. I used to record melodies that suddenly came into my head when singing to myself, but after I had bought an electronic keyboard, I could easily compose songs by using the software that can write music simply by inputting the melody on the keyboard.” 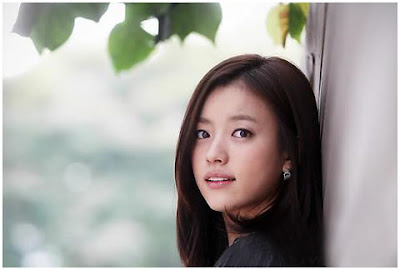 She will sing three songs along with the group “No Reply” at the Green Mint Festival, which will be held at the Olympic Stadium from October 23 to 24. In addition, Han Hyo Joo also plans to appear on the KBS program ”Yu Huiyeol's Sketchbook,” which will be aired on October 22 at 12:35 pm. On the program, she will song her own song that she has written and composed entitled “You’re My Sweater.” Han, who had already filmed the program on October 19, said, “I usually sing alone at home, so it was the first time that I introduced my own song to the public. MC Yu Huiyeol evaluated my song as a ‘hook song’ that is lively and cheerful, and continuously repeated it.”

She added, “I am worried about whether people regard me as a good singer and a good music composer. I just like to sing as my own hobby and I have no plans to release an album.” 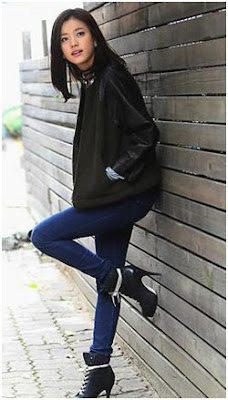 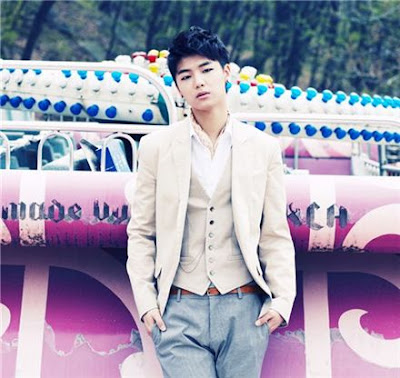 Korean rock band CNBLUE member Minhyuk will be making his debut on the small screen through a role in an upcoming SBS drama.

A press release from the show's promoter J Story announced that Minhyuk will play the role of Hwang Yeon-doo for the new Monday and Tuesday series, whose title is translated into "Dad, Your Daughter is Okay."

"Dad" is about Eun Chae-ryong (played by Moon Chae-won) who makes sacrifices to help her family after her father's accident. Minhyuk's character is a drummer of an unknown band feeling one-sided love for Chae-ryong.

"I am excited to be making my small screen debut. I will try to do my best in putting on good acting skills and even though I may lack in some areas, I hope the audience will watch my acting with an open mind," Minhyuk was quoted saying.

"Dad, Your Daughter is Okay" will premiere on November 22 after current series "Doctor Champ" ends its run.

Minhyuk made his debut as the drummer of the four-member rock band CNBLUE, releasing two singles in Japan before their debut in Korea early this year.

He recently attended the Pusan International Film Festival with bandmate Jonghyun to promote their film "Acoustic." 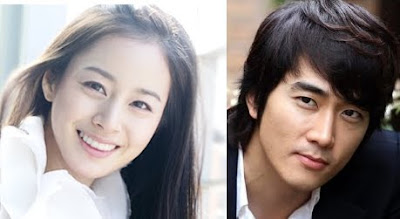 The show's producer Curtain Call said Wednesday that Kim and Song will star in an upcoming show tentatively titled "My Princess" by director Kwon Suk-jang.

"My Princess," a love story between a regular female college student and a conglomerate, is set to premiere on MBC early next year.

Kim rose to fame after appearing in the SBS TV series "Stairway to Heaven" in 2003 alongside Hallyu stars Kwon Sang-woo and Choi Ji-woo and has since starred in several dramas and movies.

Her most notable roles were in last year's blockbuster hit drama "IRIS" opposite Lee Byung-hun.

Song is one of the most popular stars in the Asian region for his roles in smash-hit series "Autumn Tale," "Summer Scent" and "East of Eden."

He recently starred in "The Invincibles," a Korean remake of the Hong Kong classic "A Better Tomorrow," with Joo Jin-mo, Kim Kang-woo and Jo Han-sun. 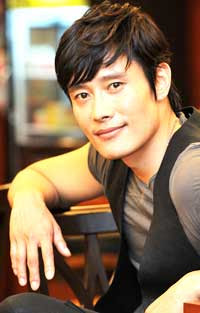 Korean actor Lee Byung-hun will be named the Best Actor in Asia at the Tokyo Drama Awards, according to his agency BH Entertainment, Wednesday.

The 40-year-actor has become the first to win the award, which was set up for the event this year.

The drama "IRIS’’, which starred Lee and fellow actress Kim Tae-hee, will also receive the Best Foreign Drama award at the annual event.
"The Best Actor in Asia award was made to celebrate an actor’s outstanding performance and contribution, who appeared in a foreign work,’’ the Tokyo Drama Awards organizing committee said.

"Lee was appreciated for not only his acting in the drama 'IRIS,' but also for the fact that the series has received acclaim from countries that aired the show,’’ the committee added.

Lee has had a wild ride for the couple of past years, enjoying paise and support from both fans and the entertainment and film industry. The actor appeared in the hit drama "IRIS’’ and also worked with Hollywood stars Sienna Miller, Channing Tatum and Dennis Quaid for the blockbuster film "G.I. Joe: The Rise of Cobra’’ last year. He also won Best Actor in a Hallyu Drama category at the Seoul Drama Awards in September.

Lee will attend the ceremony to receive the award on Oct. 25.