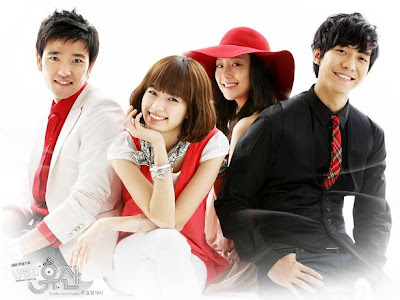 Eun-seong is studying overseas in New York when she is suddenly called back to Korea by her dad just 2 years into her studies. Meanwhile, Sun-woo Hwan is also ordered to return to Korea by his grandmother after studying abroad for 3 years in which he hardly studied. Koh Pyeong-jung, who is Eun-seong’s father, struggles to save his company from going bankrupt. One day, his wallet is stolen by a thief along with his ID and credit cards. The thief subsequently dies in a gas explosion accident and the police, upon finding Koh Pyeong-jung’s wallet on him, mistakenly identify him as Koh. So a death certificate for Koh Pyeong-jung is promptly issued. Koh decides to lay low and not tell his family that he is alive to keep the creditors at bay for the time being. But his second wife who is Eun-seong’s stepmother, collects the insurance money that is paid out from his life insurance policy and then kicks out her stepchildren Eun-seong and Eun-woo while moving into a new home with her daughter Seung-mi. Eun-seong asks for assistance from her boyfriend Hyung-jin who turns her down. Soon after her brother Eun-woo, who is mentally retarded, goes missing. While searching for her brother, Eun-seong works as a waitress at a nightclub and meets Joon-sae, a friend of her former boyfriend. Joon-sae helps Eun-seong as much as he can. A year later, Eun-seong is still looking for her brother and decides to transfer to a Korean college. So she quits her waitress job and starts selling dumplings to make enough money to pay for her tuition. Meanwhile, Jang Sook-ja, the founder of a food company, becomes deeply disappointed in her grandson Hwan who has no direction in his life. So to gather her thoughts on what to do about her grandson, she visits her old neighborhood in the poor section of the city where she encounters Eun-seong who is selling dumplings. She hears about Eun-seong’s hardships and immediately sees that Eun-seong is an honest, hardworking person with a heart made of gold. So to test Eun-seong’s mettle, she moves in with her for a month, sharing a tiny room. Afterwards, Jang Sook-ja makes up her mind to appoint Eun-seong as the heir of her food company and brings her home...
source: global.sbs.co.kr 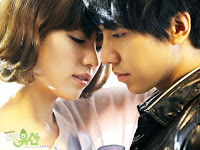 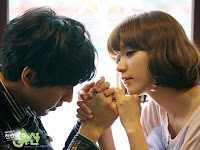 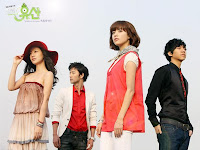 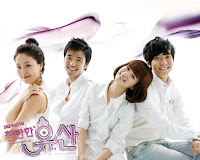 Omnibus Drama about Korean Wave Stars to be Produced 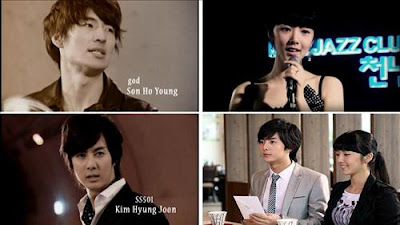 An omnibus drama starring some 30 Korean Wave stars, including singer Jun Jin, will be produced. According to the production company Nemo Story on August 17, the cast will include Kim Hyung-joon of SS501, Jun Jin, Sohn Ho-young, Bae Seul-ki, Shim Eun-jin and Seo Ji-young as well as actors Ahn Jae-mo and Lee Tae-seong.

Consisting of 10 episodes, the drama will be produced by 10 renowned Korean directors, such as Kim Hyun-soo of "Bokmyeondalho," Kwon Soo-kyung of "Barefoot Kibong," Lim Dae-woong of "My Teacher" and Lee Chul-ha of "Love Me Not." Each director will produce their own version of the drama.

Episode 1, which is entitled "Pricked Grape Prince," will be produced by director Lee Chul-ha and will star actors Ahn Jae-mo and Ahn Seok-hwan and singer Shim Eun-jin. A person from Nemo Story said the drama is expected to boost the popularity of Korean culture overseas because it centers on top Korean stars. He also added that the company has already signed a deal on exporting the drama to Asian countries, including Japan and Thailand.

So far, four episodes have been filmed. All 10 episodes will go on air overseas late this year. 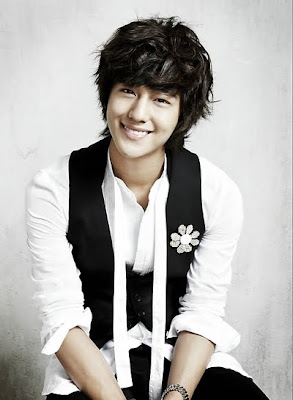 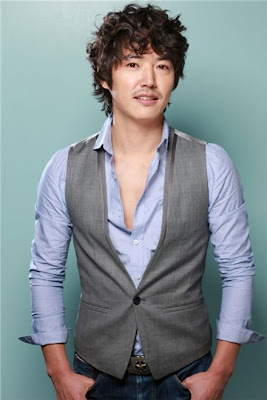 The organizing committee of the Korea Drama Festival has named actors Yoon Sang-hyun and Kim Bum as PR ambassadors for the 2009 Korea Drama Festival, which is slated for October 1-15 in Jinju, South Gyeongsang Province. Yoon played "Heo Tae-jun" in "The Queen of Wives" while Kim played "So Yi-jung" in "Boys Over Flowers."

The two actors will publicize the Korea Drama Festival on various shows and will visit Jinju during the festival to meet with TV drama fans.

Yoon, whose popularity has soared since his appearance in "The Queen of Wives," will attend the screening of the drama's famous scenes on October 13 along with Seon Woo-seon, who played his partner in the drama. He will also tell the audience behind-the-scene stories about the drama.

Kim Bum and his drama partner Kim So-eun, who played "Chu Ga-eul" in "Boys Over Flowers," will attend the Asia Star Night - Boys Over Flowers Special" on October 12 to tell interesting stories about the drama and screen its famous scenes.

The 2009 Korea Drama Festival will kick off October 11 for a five-day run and will include various ancillary events. The main events will be held at the Gyeongnam Culture & Art Hall in Chilam-dong, Jinju.

The organizing committee will hold the 2009 Korea Drama Awards, the Asia Star Night - Boys Over Flowers Special and the 4th Next-generation Actor Competition.

At the regular meeting of the board of directors back in March, former Executive Committee Director Kang Yong-shik became the director of the organizing committee, while Lee Sun-jae was appointed to the post of vice director. Former Vice Director Chang Han-seong now heads the Executive Committee. 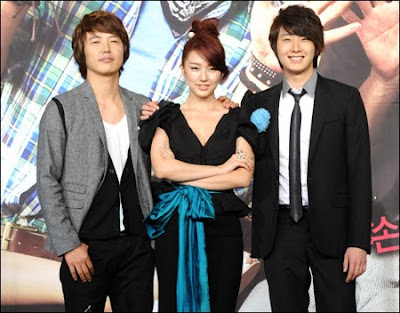 From left, Yoon Sang-hyun, Yun Eun-hye and Jung Il-woo. The trio will appear in the new drama "My Fair Lady'' that starts airing tonight at 10 p.m. on KBS. / Courtesy of KBS

Following the success of "Boys Over Flowers'' early this year, KBS is bringing yet another stylish drama to television fans with leading stars Yun Eun-hye, Yoon Sang-hyun and Jung Il-woo.

According to the producer Ji Yung-soo, the drama "will offer humor and laughs, perfect for the summer season.''

The storyline is simple: A former playboy, played by Yoon, gets himself a job as a servant of one of the richest and pickiest girls in town, and struggles to win both her money and heart. His plan takes a turn as a talented and rich lawyer, played by Jung, steps between the two characters.

The three actors showcased their new styles and personalities at a press conference last week in southern Seoul, and fans can expect an interesting transformation from the trio.

Yun Eun-hye (the heroine of "Coffee Prince'') will play Kang Hae-na, the 24-year-old chaebol heir who lives the life of a modern-day princess. Living in her mansion called ``Lady Castle,'' the red-haired Kang lives the glamorous life but fails to make any close friends, let alone find a boyfriend, due to her bossy and picky personality.

Donning a black and turquoise dress with fluffy shoulders, Yun appeared with bright red hair yanked up in a pony tail that made her eyes sharper, a characteristic that fits her character. The role represents a big change for the 25-year-old actress, as she has portrayed warm-hearted and naive characters in past dramas like "Coffee Prince'' (MBC, 2007) and "Princess Hours'' (MBC, 2006). The drama is her first appearance in two years.

"The producer worried that people would hate my character,'' she said.

"She has a strong personality, but I'll mix it with my own and make the audience connect with her and laugh along the way.''

Playing tomboyish personalities in the past didn't require fancy clothes, and now the actress admits having a hard time getting used to the glamour.

"The clothes are so nice and pretty, but it's hard to move!'' she said laughing.

A Butler With a Purpose

The actor who once played a romantic CEO in the popular drama "My Wife Is a Superwoman'' (MBC, 2009) will appear as the handsome yet silly playboy-turned-butler Seo Dong-chan. In order to support his sick mother, Seo jumps into the working world as a playboy, only to find himself in debt. To make the real money he needs, he moves into Lady Castle to work as a butler and Kang's personal assistant.

"When I played Tae-bong in 'Superwoman,' all I did was walk around and answer phones, but now I have to carry heavy things, run errands and clean the house! I really am going through a great transition in status,'' Yoon said.

"Like Jim Carrey, I enjoy acting comical characters, so viewers will get to see me exaggerating a lot.''

Jung, who walked on rooftops and fought with swords in the drama "Moon River'' (MBC, 2009), will appear as the poised and modest Lee Tae-yoon.

Although born into a rich family, the thoughtful Lee refuses to use his fame and money for success, and opens a small law firm with his friend to help the poor and powerless. For Lee, Kang is just another rich and stubborn girl, but when he finds out about her tragic past, he starts to open up.

"I used to always be flying around forests using wires, but now I get to ride nice cars! It's nice and very comfortable indeed,'' he said smiling.

But the life on an heir comes with complications, and the actor added that the fancy clothes did limit his movement.

"The suits are so fitted to look fashionable, but I can barely breathe!''

Along with showcasing the three characters, the new KBS drama will portray the essence of royalty, from horseback riding, flashy cars and beautiful mansions to Yun's dressy wardrobe and accessories. 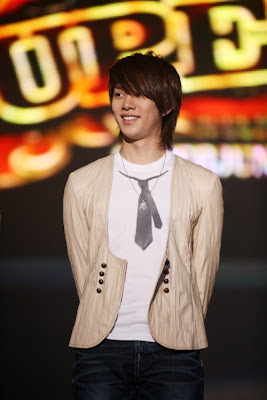 Group Super Junior (26) will be back as an actor for weekend drama ‘Love you tens thousand times’.

He appeared on drama previously on SBS weekend drama ‘Golden Bride’ a an university student YeongSoo, and this time he will be acting as a part-time working a snack bar named ‘Lee BaeDal’.

The first airing of the drama will take place on 29th August. It is said that Kim HeeChul will have a comedian role in the drama, as Kim ChungJa who is the scriptwriter of dramas in the 50s, and is one who would be dumped by girls in one morning after going after them.

Kim HeeChul was chosen for the role because of his usual brave and comedian side. 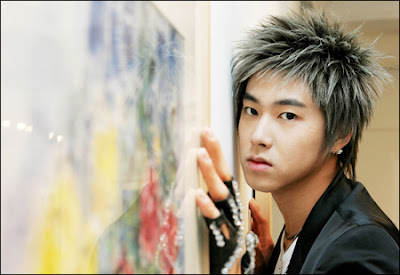 Leader of top boy band TVXQ U-Know will debut as an actor in an upcoming drama scheduled for September, tentatively titled "Heading on Ground,'' on MBC.

The 23-year-old singer will appear as Cha Bong-gun, a pathetic and helpless football player striving to make it into the national team.

"I love the character. I was so excited when I read the script. I hope to express my excitement and feelings through faithful acting,'' he was quoted as saying by MBC.

The television series tells the story of Cha and his path toward success.

"The drama is expected to tell a heartwarming tale about a lame footballer who has nothing to believe in but himself and his passion for the sport, and his ongoing efforts to make his lifelong dream come true,'' MBC said in a press release.

The broadcaster added that the singer was very serious about taking his role as an actor, which is his first attempt at acting since making his music debut in 2004, at a five-hour long meeting with MBC to discuss the drama's production.

"We were told that U-Know also went through a difficult time before finally accomplishing his dream as a singer. We were not looking for the best Asian star. We were looking for Cha Bong-gun, and that is what we found in him,'' MBC said.

The drama will start airing on Sept. 9 on MBC.