Actor Eric will make a comeback after a three-year break with his appearance in KBS 2TV’s new Monday and Tuesday drama “Beautiful Spy (written by Kim Eun Young and Kim Jeong Ah, directed by Hwang In Hyuk).” Actress Han Ye Seul will play the female protagonist in the drama by playing a beautiful North Korean spy named Myung Wol. “Beautiful Spy” will tell the story of a comic romance that happens when a beautiful North Korean spy meets Hallyu star actor Kang Woo in South Korea. 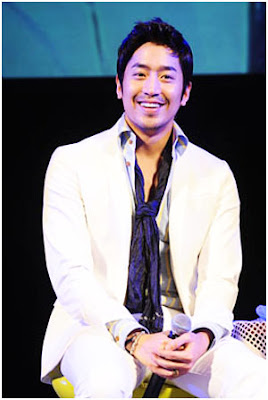 Eric fulfilled his military obligation as a public service worker right after he finished filming the drama “Chilwu, the Mighty” in 2008 and originally planned to make a comeback by appearing in the drama “Poseidon,” but the production of “Poseidon” was canceled. “Beautiful Spy” will be his first drama after making a comeback, and he will present melodrama and action acting in the drama. “Beautiful Spy” will air its first episode on July 4 as a follow-up drama to “Babyfaced Beauty.”

Posted by myplot'blog at 7:53 PM No comments: