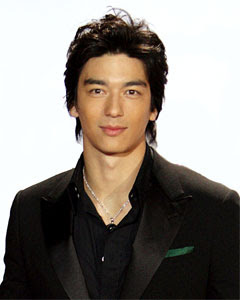 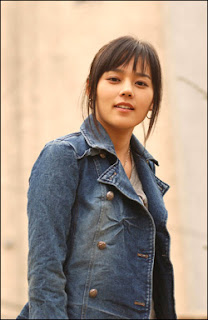 Han Ga In
and Dennis O’Neil will costar with Jae Hee in the Wednesday-Thursday drama “Witch Yoo Hee ” scheduled to be aired by SBS on 3/14/2007. The PD is Jun Gi Sang whose previous dramas were “Sassy Girl Choon Hyang” and “My Girl”.

HGI plays the heroine Ma Yoo Hee hinting that the character is like a “Witch ”. Yoo Hee has independent personality and is the only daughter of the owner of an advertisement company and is working as an advertisement planner. She has superior talent in management and is hardworking and competent. She is the successor of the advertisement company. Moreover, she has dazzling beauty and she punishes men around her calmly. Thus people say that Yoo Hee could “stab to have one drop of blood without even showing up.” Although she is like a witch, she is lonely and has no lover, a woman tough outside but soft inside. After she is introduced to Tae Suk ( played by Jae Hee) who is a student learning cooking, she falls in love with him.
Dennis plays a perfect guy, warm and reliable, specializing in French cooking, lives in seclusion in Korea and concentrates on cooking. He is Tae Suk’s coach of love working hard as a middleman between Tae Suk and Yoo Hee. HGI’s previous drama was “Dr. Gang (MBC, 2006)” and Dennis O’Neil’s was “Sweet Spy (MBC, 2006)”.
http://sports.hankooki.com/lpage/entv/200612/sp2006122008390458390.htm
http://spn.chosun.com/site/data/html_dir/2006/12/20/2006122000432.html
http://sports.hankooki.com/lpage/entv/200612/sp2006120708185258390.htm
source:soompi cindyw88
Posted by myplot'blog at 5:18 AM No comments: 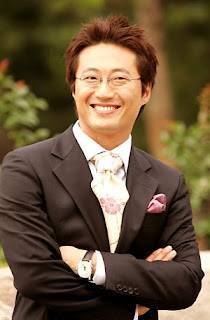 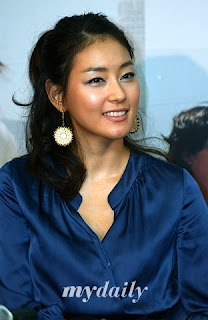 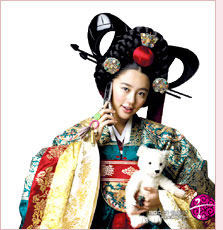 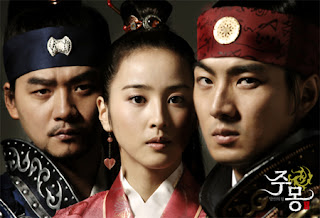 According to TNS, the top 10 dramas of 2006 based on average TV ratings are

Posted by myplot'blog at 8:48 PM No comments:

Jung Kyung Ho will costar with Lee Joon Gi in the drama “Time between Dog and Wolf ” scheduled to be aired by KBS2 in March of 2007. The main characters belong to the special investigation unit against an international narcotic drug crime organization. JKH plays the policeman Kang Min Gi who forms triangle relationship with Lee Joon Gi and Nam Sang Mi’s roles. The two main male characters also have a fatal confrontation.
The representative of JKH’s agency “Sidus HQ” states, “The production team considers that JKH could present both bright and dark side of the tough character Kang Min Gi very well.” JKH’s movie “Gangster High ” was debuted recently. His new movies include “Herb ” and “Inside Starlight ” costarring with Kang Hye Jung and Cha Soo Yun respectively.
http://www.mydaily.co.kr/news/read.html?newsid=200612060849421110
http://sports.hankooki.com/lpage/cinet/200612/sp2006120622504458470.htm
Posted by myplot'blog at 7:58 PM 1 comment:

1. endless love ( autumn in my heart) 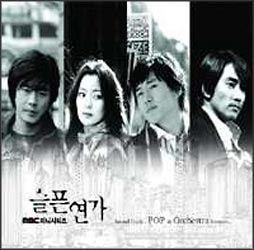 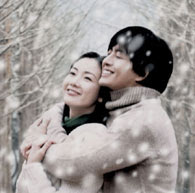 Posted by myplot'blog at 5:42 AM No comments: 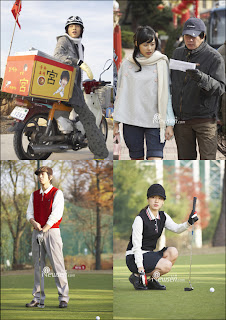 The official Goong S website on MBC is now open! 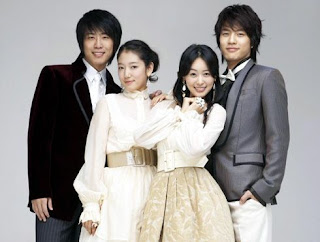 Visit it today!
Posted by myplot'blog at 12:41 AM No comments: 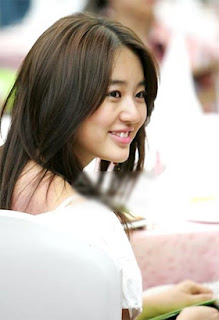 Singer-turned-actress Yoon Eun-hye has been offered to play a leading role in the sports film “Dunk” to be produced in Taiwan.Based on the Japanese manga “Slam Dunk,” the film will be produced with a budget of some 10 million US dollars, and Taiwan’s leading star Jay Chou has already been cast as the male lead.
The offer seems to have been extended to Yoon because of the popularity she enjoyed in Chinese-speaking nations as a member of the five-woman group Baby V.O.X and through “Princess Hours,” the MBC hit drama where she played a leading role.In July, an AP report had said that pan-Asian star BoA would act in “Dunk,” but her agency denied the report, saying, “No offers have been made to us, so we do not know anything about it. If we receive an official offer, we will consider it.”
source:kbs grobal
Posted by myplot'blog at 7:41 AM 1 comment:

Singers-Turned-Actors: the Best and the Worst

In Korea, singers don't just sing to make a living any more. They try hard to map out a career cycle as entertainers, with the arch usually taking them into acting ventures of varying success. In soap operas particularly, some acquit themselves well. Others, however, provoke derision from Korea’s merciless Netizens for the way they flounce and pout around the sets.
In fact, the majority of soap leads are played by singers today. The Chosun Ilbo asked 14 writers and producers of hit dramas who the best and worst of the bunch are. We asked them to rank the top three in each category by giving three points to the best, two to the second best and one to the third.

Among men, famously ambitious Rain came top with a score of 29 for appearances in “Full House” and “A Love to Kill.” Praise was fulsome. "He successfully appeals to the public with his ability to express feelings in a sympathetic way and by making the transition from singer to actor very naturally,” one panel member enthused. "He’s a jewel. It would have been such a loss if he hadn’t decided to act.” In second was Kim Chang-wan with 13 points, followed by Kim Dong-wan with 10 points and Lim Chang-jung with 9. Mun Jeong-hyeok or Eric, who landed in fifth with 8 points, got mixed reviews. Some said he was “taking full advantage of his pretty face and ability as an entertainer." Others were less kind.

Among women, Jung Ryoe-won came top thanks to her part in “My Name is Kim Sam-soon.” Jung "is able to reflect her own natural image into the role she plays in the drama," one panelist said. "She works hard at learning her craft. If you look closely at her eye movement, tempo, breathing and reactions to her partners, you can see that she studies the script really hard.” Uhm Jung-hwa came second with 17 points and Eugene in third with 12. Uhm is said to be able to play a wide range of parts, have a lively spirit as an actress and act very naturally. Eugene drew favorable responses thanks to her fluent dialect in the drama “I Really Really Like You” broadcast this year. She was praised for speaking dialect very well, which is not easy at all.
Overall, Rain came top with 27 points, followed by Uhm Jung-hwa with 14, Jung Ryeo-won with 12, and Lim Chang-jung with 11.
Who, then, is the worst singer-turned-actor? Seong Yu-ri held the sorry title with 21 points, followed by Lee Hyo-lee with 14, Park Jung-ah with 13, Kangta with 8, and Eric again with 5. Seong, our panelists said delicately, "has starred in several dramas but still has a long way to go.” Lee Hyo-lee, who was featured in the drama “Three-Leaf Clover,” was denounced as woefully miscast. The glamour girl “did not suit the character of a factory worker,” they said. In Park’s case, the difference between the singer’s image and her soap character was also judged too glaring.
source: (englishnews@chosun.com )
Posted by myplot'blog at 11:46 PM No comments: