SBS TV drama "Athena: Goddess of War," a kind of sequel to spy action soap "Iris," got off to a great start, with the first two episodes aired on Monday and Tuesday last week surpassing 25 percent viewer ratings. The show is Jung Woo-sung's first TV drama in 15 years.

Did he feel under pressure to build on the big success of "Iris?" "Now I can think beyond that, but I was extremely nervous until the first episode aired," he admits. Why did he decide to return to the TV screen after 15 years of absence? "Many fans said they would like to see me on TV as well. There was also a strategic side, because TV drama can help propel my career outside of Korea and earn a greater fan base overseas. I'd been looking for a suitable soap for the last four years, and then I got a proposal from the 'Athena' crew, who are familiar with filmmaking."

Unlike the intelligence agents portrayed in "Iris," according to Jung, it might take some time for the viewers to get used to the new style of humorous and warm-hearted agent depicted in the character he plays.

How has he managed to maintain his heartthrob image since his debut in 1994? "Maybe I've been able to do it because I constantly thought that I need to find my own unique appeal. I never wanted to be like someone else."

source: Chosun Ilbo
Posted by myplot'blog at 6:54 AM 2 comments:

Kim Hyun Joong to Appear in Cameo in ‘Dream High’

Singer and actor Kim Hyun Joong (24) will make a cameo appearance in the KBS 2TV drama “Dream High,” which will air from next January. 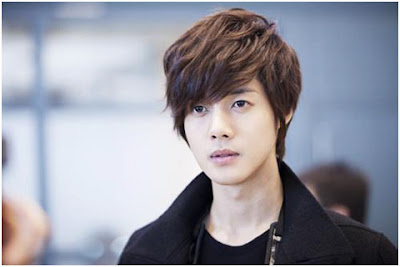 In the drama, which Bae Yong Joon and Park Jin Young co-produced, Kim Hyun Joong will play a star actor who is coming back to the country after conducting overseas activities. 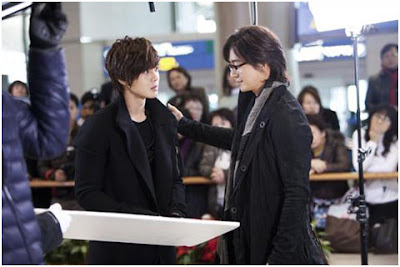 Kim filmed the scene in which he met Bae Young Joon, who plays the chairman of the board of Kirin Art School, the best star training school, at the Incheon international airport on December 7. It was the first time that Kim Hyun Joong and Bae Yong Joon appeared in a scene together after Kim had transferred to Bae’s agency, Keyeast. The production company of “Dream High” said, “Bae Yong Joon monitored Kim’s acting and carefully provided advice about his acting. We had actually planned to film the scene without advance notice as we had worried that too many people might gather at the airport, but many fans were waiting at the airport from the early morning anyway and the entrance of the airport was almost blocked.”

“Dream High,” which will air its first episode on January 3, will portray the process of how students at Kirin Art School become world stars through constant challenges.